The global construction industry is under continuous obligation to innovate and transform. Although social and environmental drivers are important in this transformation, the main motivation for developers and builders today still comes down to reducing cost, complexity and time of construction projects. Every market has its own dynamics, culture and drivers but, skilled labour shortage and rising labour cost inevitably come into play at some stage. Consequently, global construction trends show a move to larger, prefab elements, resulting in a shift of construction from the building site to the factory.

As a result of these developments and the future outlook, the AAC market is shifting from AAC blocks to AAC panels. Some ahead of others, eventually all AAC factories will benefit from offering AAC panels to address this big opportunity in the market. Being able to provide a wide variety of AAC panels allows AAC factories to offer a value-adding, high-margin product, rather than a low-margin commodity product in the case of offering AAC blocks only (Fig. 1). 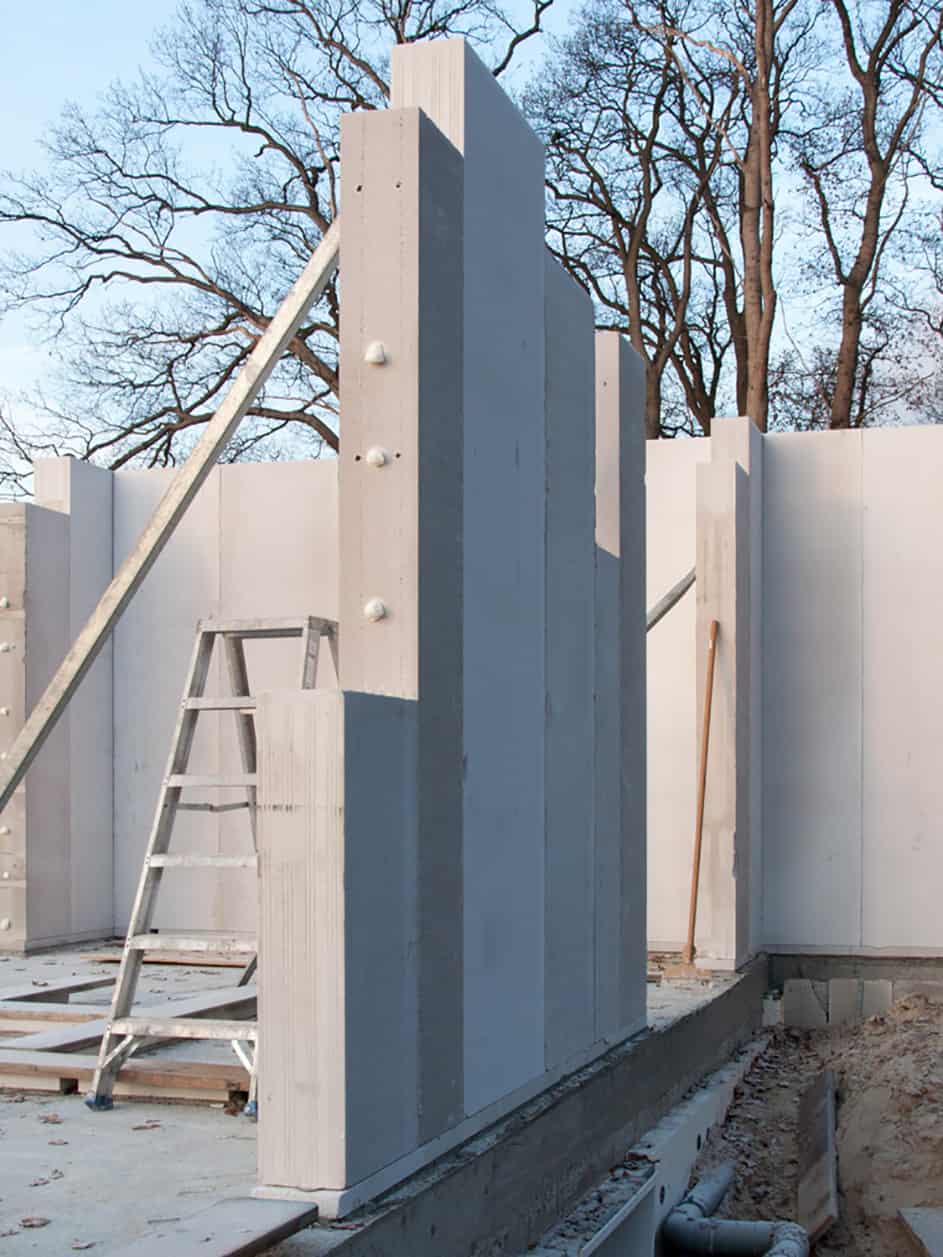 Fig. 1: The diverse prefab AAC elements of the Aircrete Building System incorporate usage of different sized panels, in line with the building drawings and plans

However, as mentioned in AAC worldwide, issue 2, 2019; the production of AAC panels requires a dedicated technology, factory set up and process know-how, in order to efficiently and sustainably produce AAC panels in large and versatile volumes. The success of a plant lies in having adjustable cake lengths without sacrificing the production and operational efficiency at high volumes (Fig. 2). This article describes a number of solutions to one of the challenges many AAC factories around the globe face when producing AAC panels: significant green waste and/or undesired by-products. 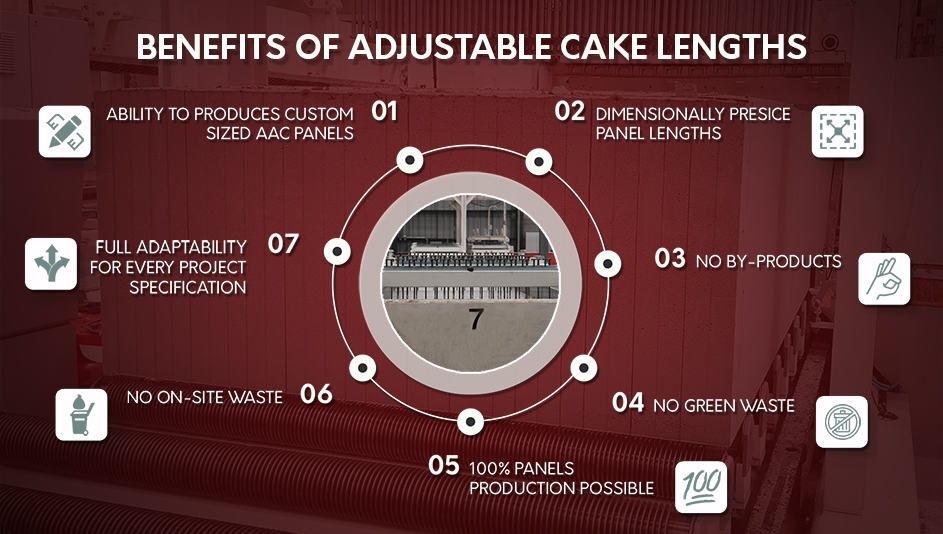 Fig. 2: The benefits of adjustable cake lengths give a competitive edge to all AAC plants with growth and adaptability

One of the most common ways for cutting panels, where mould separation to ‘reduce’ the size of the cake is not possible, is to cut panels with cutting configurations of the desired panel sizes. The inevitable result of this approach is to cast and cut the rest of the cake with blocks (or in case the rest of the cake is relatively small, use the remainder as return slurry). However, in most cases, there is a chance that these blocks will have non-desired dimensions (i.e. thickness and possibly also the height) and these dimensions could be non-market standard.

In addition, the density of the panels is usually higher than the desired density of the blocks, thereby making the blocks relatively expensive to produce, than in the case of having the full cake consisting of blocks.

When there is a profiling requirement for the panels, which are not wanted for blocks, this needs to be solved by retractable profiling knives. Although this is relatively easy to implement in the cutting system, it creates the requirement of an additional waste layer between the panels (Fig. 3), which remains as part of the cake in the autoclaving process, thereby creating additional white waste. In typical tilt-cake systems, this waste layer between the panels and blocks is almost always required, to reduce the stress and prevent cracking. In a flat-cake system, this is not required. 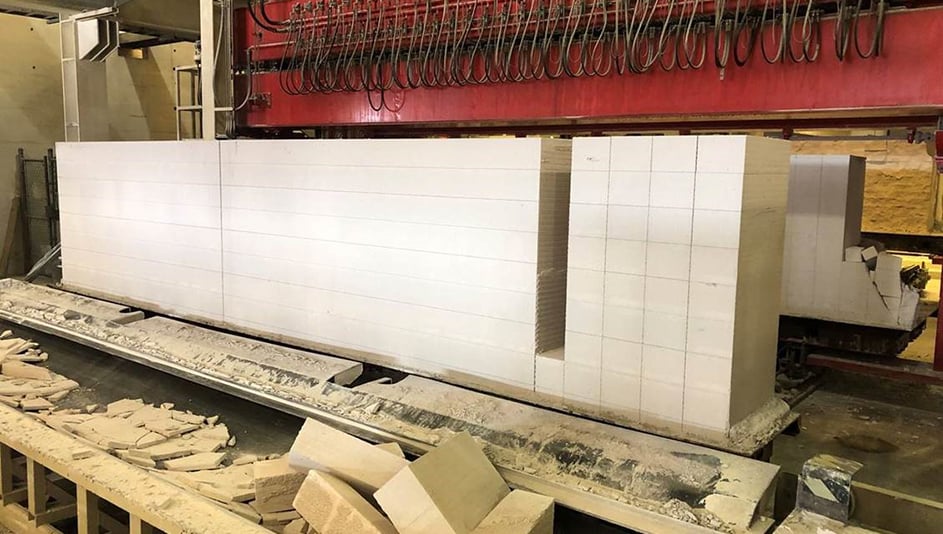 Fig. 3: The waste layer between the panels and blocks creates additional white waste that needs to be dealt with

Finally, given the combination of panels and blocks in one cake creates additional attention for the handling, sorting and packaging of the products, which needs to be addressed with manual or semi-automatic solutions. This will impact the efficiency of the entire production process negatively (Fig. 4). 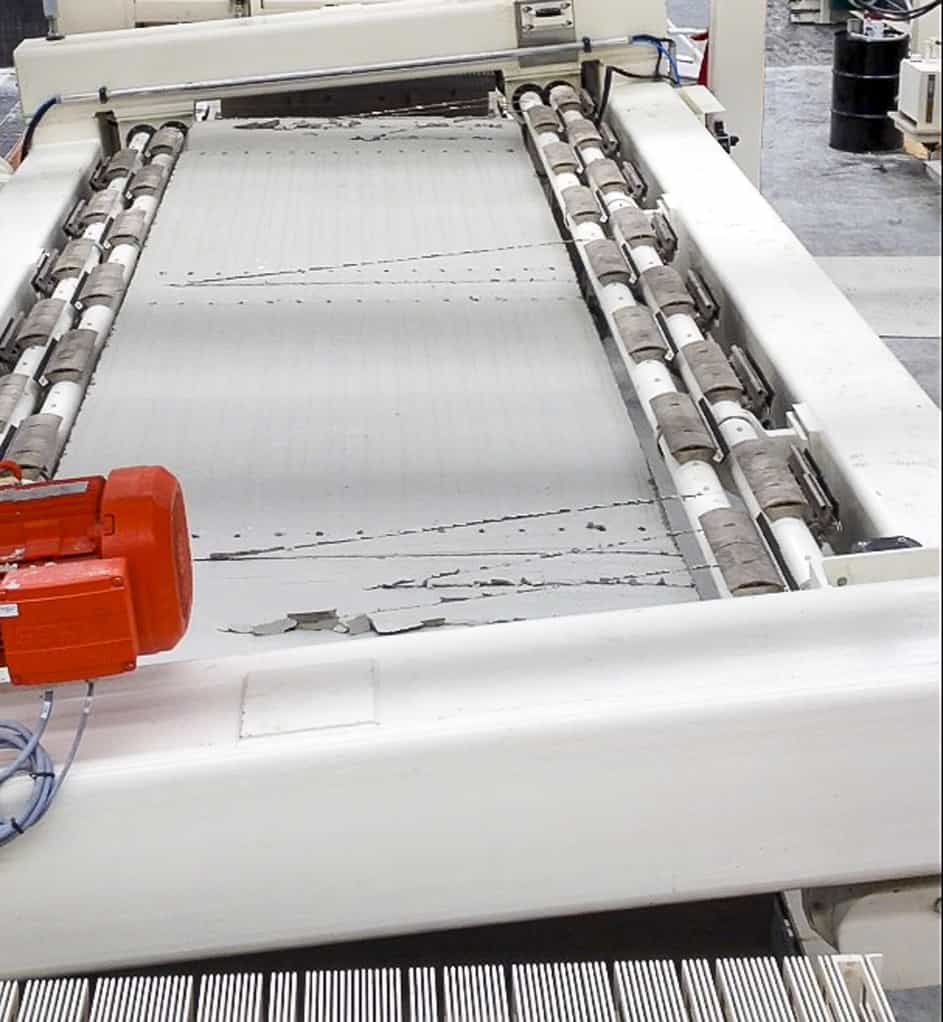 Fig. 4: Cutting panels with rest blocks leads to the most common problem of dealing with byproduct blocks that does not fit market dimensions and densities

Given all these negative aspects of producing undesired by-products when producing AAC panels, casting a shorter cake in the mould is a preferred option. A very simple and straightforward method is through the use of mould separation plates, which can be used to shorten the moulds in proportion with the desired panel length. The current solutions in the market for this semi-manual solution come either with a separate damming wall or a manually movable back wall of the mould itself.

In plants with non-movable back doors, so where a damming wall is used, a damming wall inserter or a slewing pillar crane sets the separator inside the mould when the side doors are flat-open. When the sidewalls and the back doors close, the damming wall with the sealing strips around, fixes and squeezes in the mould (Fig. 5). This process is controlled either manually by an operator or automatically via robotic arms in motion.

In tilt-cake systems where the moulds are tilted by a tilting crane, additional challenges are faced when installing the damming walls. As all the sides are fixed (five-sided box) and the corners are rounded, it is challenging to seal the damming wall and requires exact control and maintenance to prevent leaking of the mix (Fig. 6). 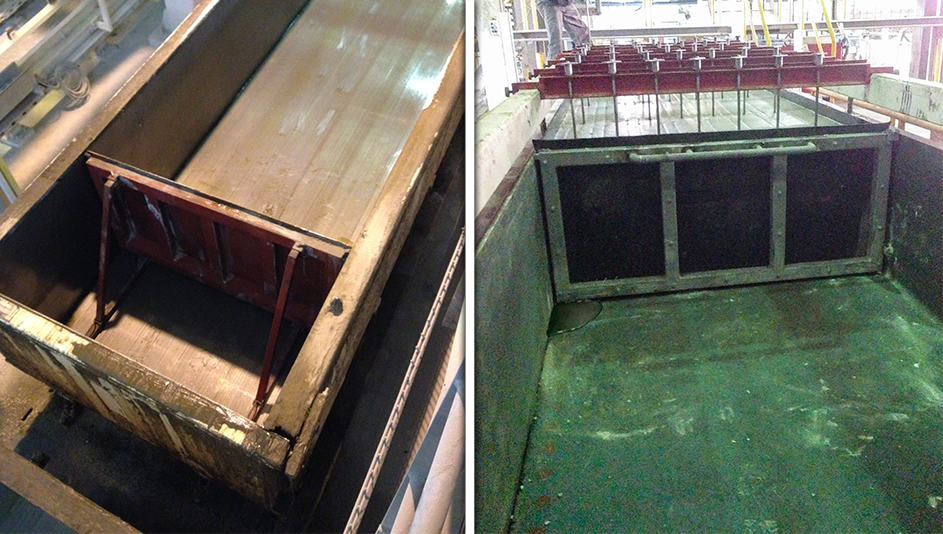 Fig. 5 (left): Using damming walls inside the moulds for getting shorter cake lengths is the preferred options for plants with non-movable back doors

Fig. 6 (right): Leakage of the mix is a commonly faced issue in moulds where all sides are fixed

In other plants utilizing Hebel technology with movable back doors, changing the current size setting of the mould is usually performed by human intervention. The outer frame of a typical movable back door is released from its originating position and pushed or pulled manually along the sidewall of the mould until the desired mould length is reached.

Although the moveable mould door solutions as described above result in solving the undesired by-product and all negative consequences from that, it remains a relatively high labour-intensive manual process (Fig. 7), especially for cleaning and oiling. It is not the most optimal solution, as it heavily depends on manual communication and reporting, prone to human errors and sensitive to delays in production cycle times. 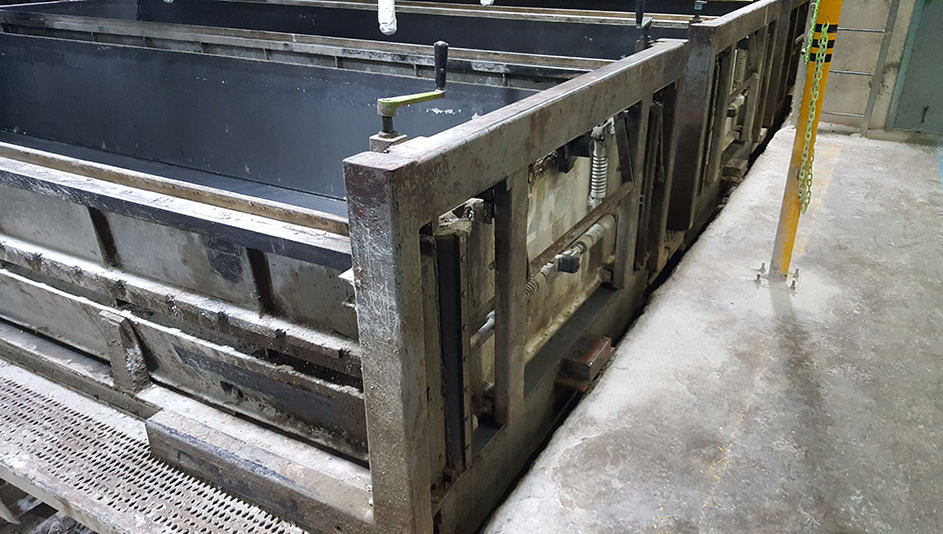 As a global leader in AAC panel technology, Aircrete Europe has been assisting AAC producers with improving the efficiency of the AAC panel production process for decades. One of the recent innovations from Aircrete Europe is the fully automatic adjustable mould door, allowing to automatically adjust the mould length without using separate damming walls. The Aircrete Movable Mould Door is a typical invention for a real AAC panel factory, to avoid the casting of by-products when the focus is on panel production instead. The size of the mould is configured just before casting through the integrated plant control system (Fig. 8). This enables just-in-time production even under high volume requirements. 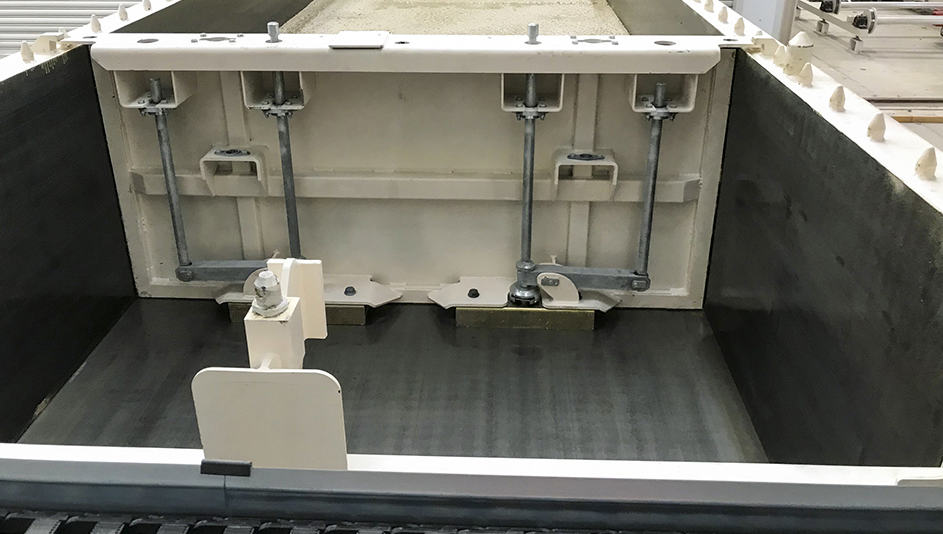 Fig. 8: With the Aircrete Movable Mould Door, the size of the mould is configured just before casting through the integrated plant control system

Through the pin positions on the sides of the mould, an automated door manipulator picks the movable door out of the door carrier and places it on the desired position (Fig. 9). The vertical seal mechanism that is hinged and mounted with strips on a shaft as well as the pusher pin magnets ensure safe and leakproof locking of the movable door. 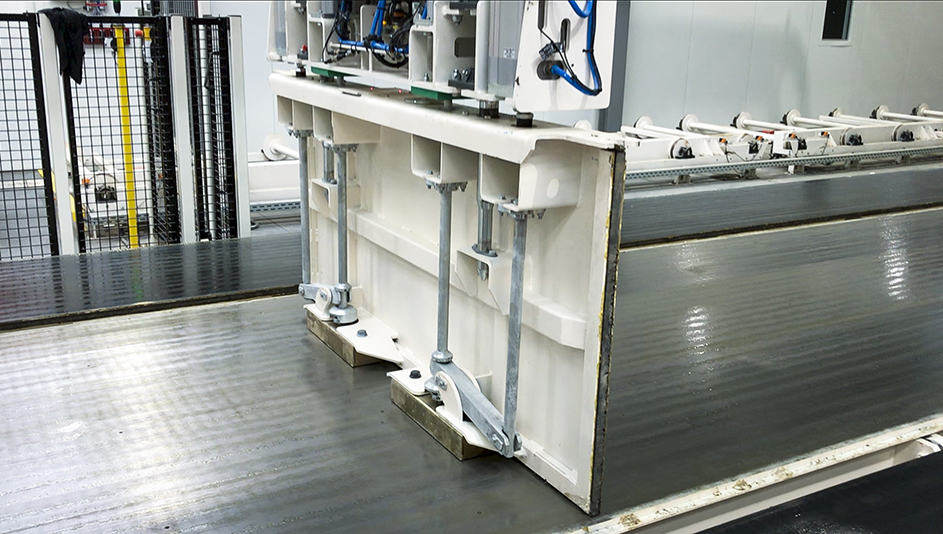 Fig. 9: The movable door is picked up by the door manipulator and placed on the desired position as per the configuration on the plant automation system

Before mould opening, a mould door manipulator will place the mould door back into its original position. It is then opened up, as it would usually do in an Aircrete mould, allowing it to be cleaned and oiled by the standard Aircrete mould brushing and oiling system. 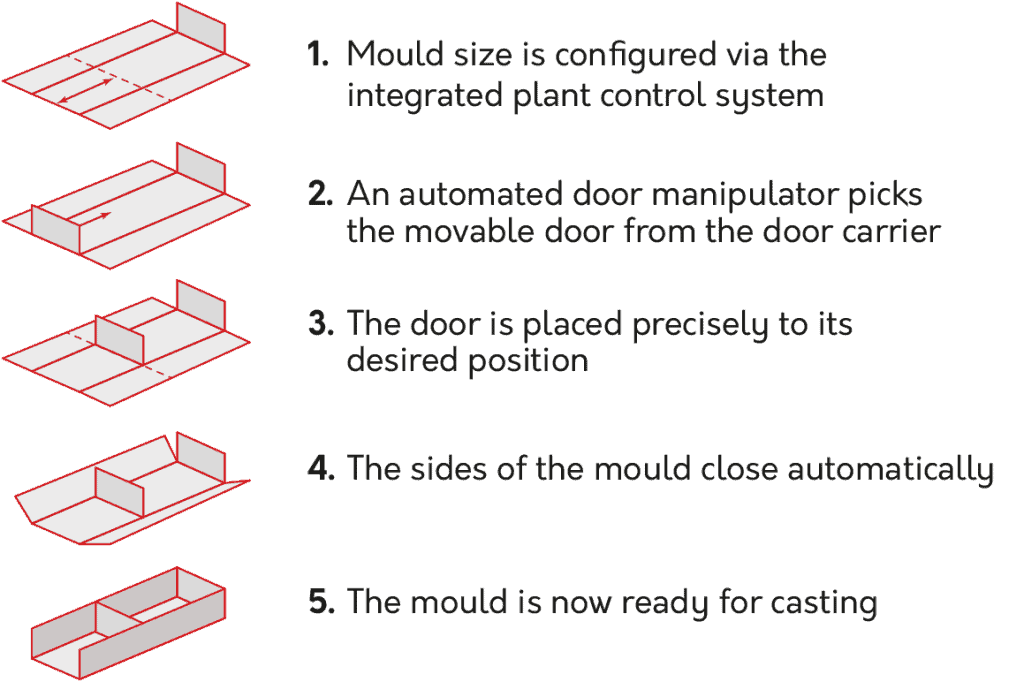 Movable mould doors with an automatic manipulator can shape the future of panel production, allowing quick adjustments on cake lengths to produce any size of panels with minimum green waste and no undesired side products. Additional benefits come with optimized cycle times, simplified unloading and packing area processes, allowing for timely production of various sized panels in high volumes.

Plants using moulds with hinged doors can – in most cases – be modified to implement this innovative solution. This will allow them to benefit from all these advantages and facilitate an AAC plant to become a market pioneer, growing continuously with the market demand changes.

Let`s talk about how we can implement the fully automatic adjustable mould door system to your AAC plant.