The growing demand and the global shift to an AAC panel-based building solution have been never more evident than in China today. As already discussed in the article published in AAC worldwide, Vol. 1, 2019, this has increased the requirements for the unique Aircrete flat-cake AAC panel technology to be locally presented in China. Therefore, Aircrete Europe has made a sound and solid entry in the world`s highest potential market by opening its own office in Shanghai, China. In order to hit the ground running, Aircrete Europe appointed Andre Antonow, an experienced AAC industry heavyweight, as the General Manager of Aircrete China. 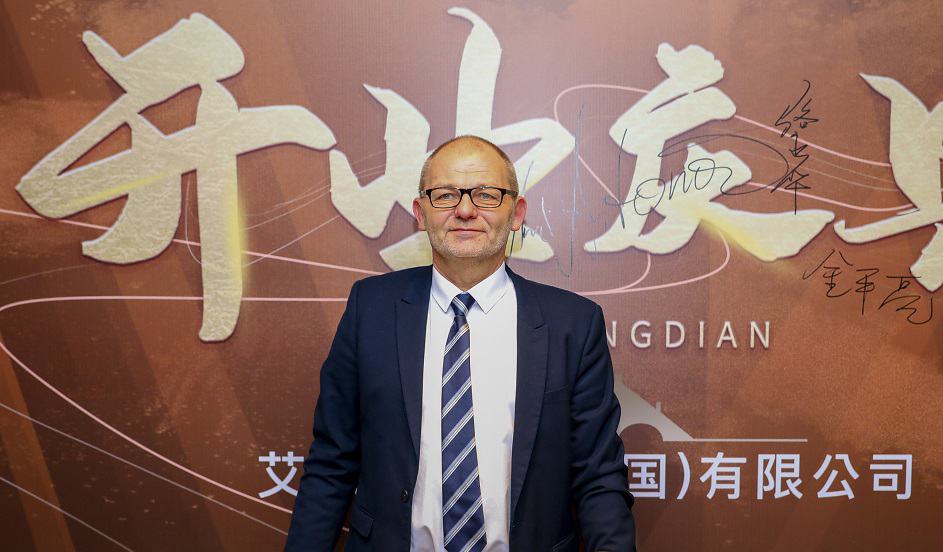 Andre Antonow, the General Manager of Aircrete China, has more than 15 years of experience in the AAC industry.

The impressive opening ceremony was successfully held at the Grand Hyatt Hotel located at the Lu Jia Zui Finance Centre in Shanghai, on December 13th, 2019. Leaders from the Ministry of Commerce of China, the official representative of the Dutch Embassy in China, leading members from Keqiao District Committee and Shaoxing Municipal Housing & Construction Bureau, as well as the Secretary General of the China AAC Association and other representatives of domestic and foreign cooperative clients, banks and media representatives attended the Aircrete China opening ceremony. 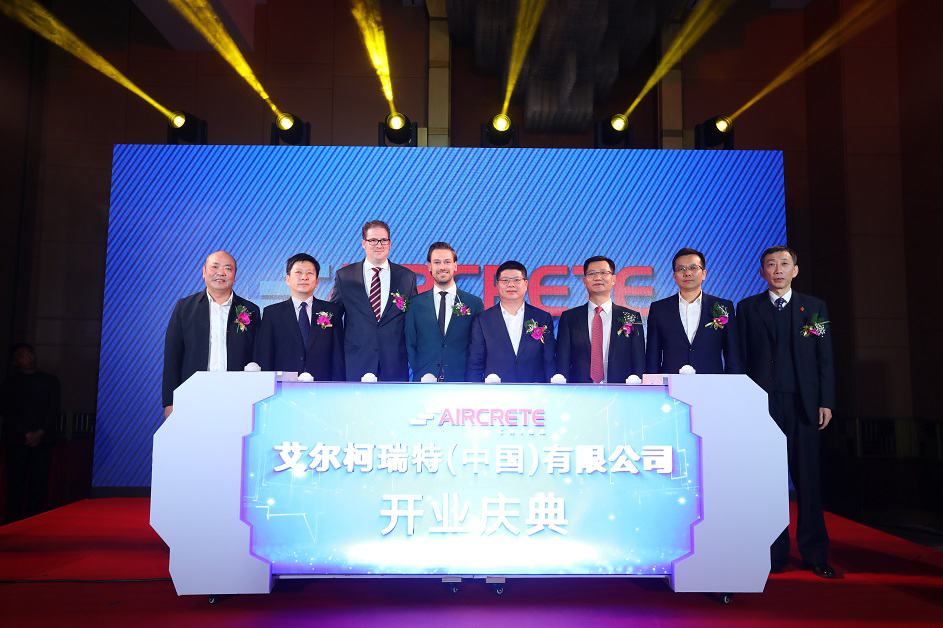 A memorable moment from the opening ceremony, the push-button declaring the official opening of the Aircrete China office.

Speaking at the opening session, Ralf Beier, Managing Director of Aircrete Europe and the Chairman of Aircrete China, expressed his deep appreciation to the government officials, leaders of federal institutions and commercial executives; whose presence at the ceremony confirmed their great interest in supporting Aircrete with its growth ambitions in China.

“Aircrete`s strength, in any given market, is to understand the local market conditions and adapt our solution to the requirements of that market. The Aircrete Hybrid model, which offers a combination of key technology supplied from Europe, with locally-produced equipment from Aircrete China, provides an affordable solution to produce high-quality AAC panels on the world’s leading AAC panel production technology.” Mr. Beier mentioned in his speech during the opening ceremony. 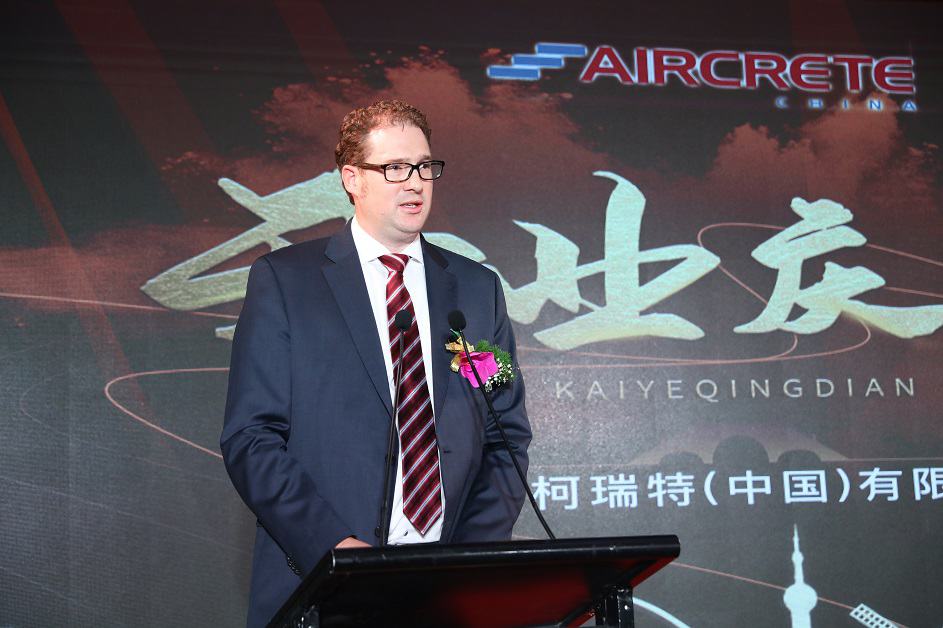 Mr. Beier`s speech during the opening ceremony emphasized the importance of this milestone to further grow the business in China with a local presence.

Strategical steps towards a strong positioning in China

The establishment of Aircrete China closely follows the trend of the Chinese vigorous development of green prefabricated concrete buildings and promotes sustainable development. AAC products, particularly AAC panels, can minimize the adverse environmental impact of the construction process while at the same time meet the requirements of Chinese green prefabricated buildings, an ambition also high on the agenda of China’s State Council [1].

Aircrete China has become an official member of the China Aerated Concrete Association (CACA) and participated in the 39th Annual Meeting of CACA and the 2019 AAC International Forum in December 2019 with its own booth. In addition, Andre Antonow has become the Vice President of the Keqiao Chamber of Commerce in Shanghai, which is a remarkable achievement and an important recognition for Aircrete China. 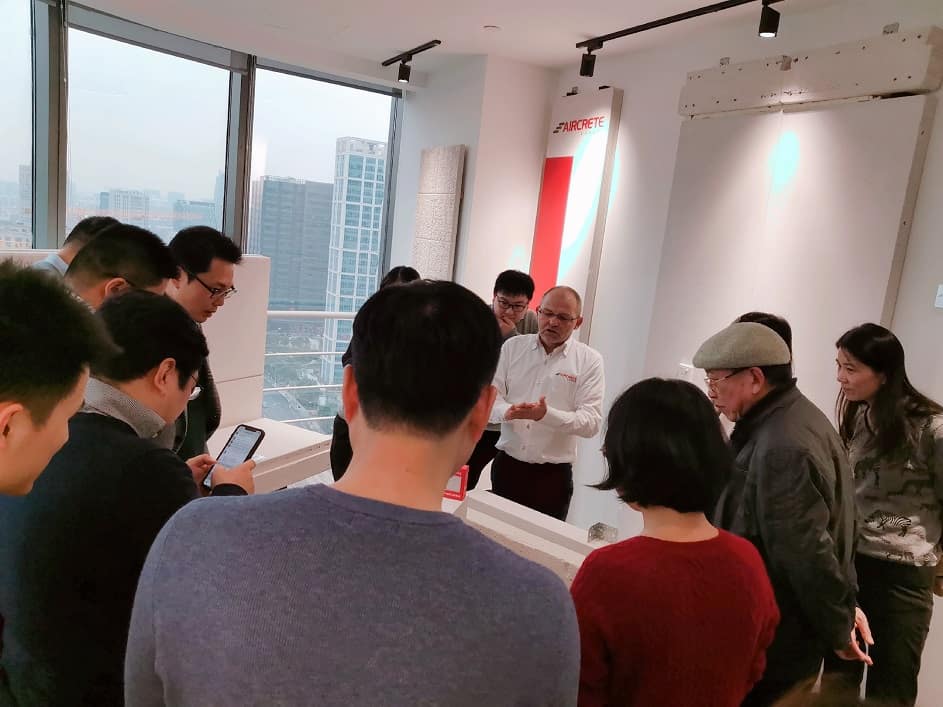 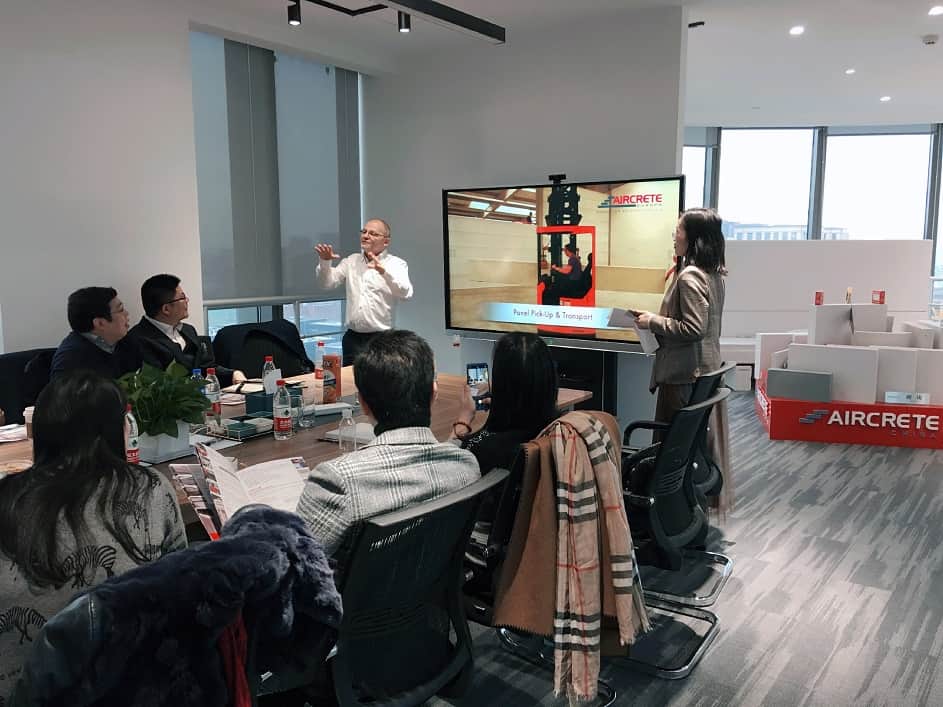 Mr. Antonow introducing Aircrete flat-cake cutting technology to the members of the Keqiao Chamber of Commerce at the Aircrete China office.

[1] The State Council People Republic of China targets a 30% adoption rate of prefabricated solutions in construction before 2020.

Let`s talk about your project.