G20 Leader`s Summit 2018 was held in Buenos Aires, Argentina, this year between November 30th – December 1st. The Netherlands participated in the summit as a guest country this year and was represented by the Prime Minister Mark Rutte and Her Majesty Queen Máxima. Within this frame, the Embassy of the Kingdom of the Netherlands in Buenos Aires hosted a Dutch Business side event in Palacio De Las Aguas Corrientes on December 1st. Aircrete Europe was one of the six Dutch companies that were invited to participate in the event, due to its strong trade and business relations with Argentina.

Dutch Prime Minister Mark Rutte highlighted the success of Aircrete Europe during his speech and commented on the positive environmental impact in the construction sector of Aircrete’s latest project in Argentina. “Aircrete, they are investing USD 30 million, partly financed through FMO bank which is particularly focusing on developing in companies. They (Aircrete) are working on a joint venture here (in Argentina) with a local partner, working on constructions to be environmentally friendly.” 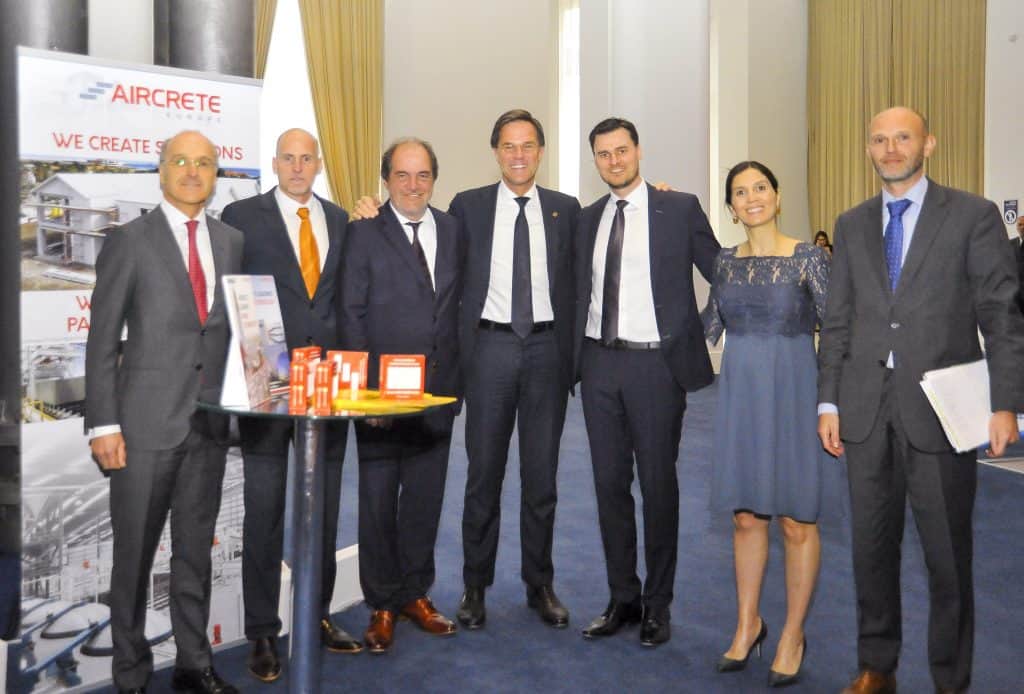 During the private table carrousel on the side event, Aircrete Group`s CEO & Founding Partner Jop van Boggelen and Founding Partner Yolanda Nunes talked with the Prime Minister Mark Rutte, Queen Máxima and the Governor of Buenos Aires about further expanding the business in Argentina with governmental support and the increased need for energy efficient building technology in an affordable way. 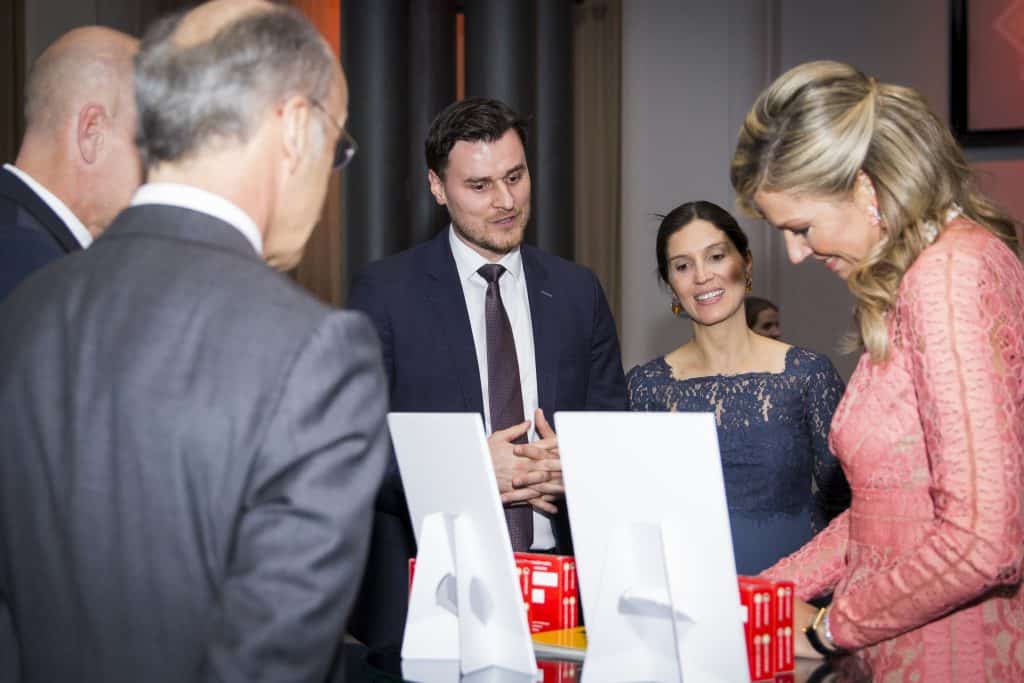 Her Majesty Queen Máxima of the Netherlands getting detailed information about the opportunity for energy efficient and modular Aircrete building systems in Argentina from Jop van Boggelen and Yolanda Nunes.

Aircrete Europe developed a new, state-of-the-art AAC panel and block plant, operating under the name Brimax, with an initial capacity of 120,000m3 in San Lorenzo, near the city of Rosario in Argentina this year, together with leading regional construction and development partner companies Grupo Brayco and Pecam. The Dutch Development Bank, FMO, supported the export of Aircrete Europe’s AAC panel production technology to Brimax. A EUR 4.8 million loan financed (part of) the production equipment as well as the commissioning of the equipment at this recently established Aircrete AAC panel and block plant.